Simulate your physical presence in a specific environment with VR

(VR) literally makes it possible to experience anything, anywhere, anytime

Virtual reality has been adopted mainstream and is certainly shaping the way we do business. Simply put, virtual reality is a CGI that delivers a fully immersive, highly-realistic experience. Essentially, virtual reality creates a three-dimensional environment that is interacted in a seemingly real way with the help of computer technology. 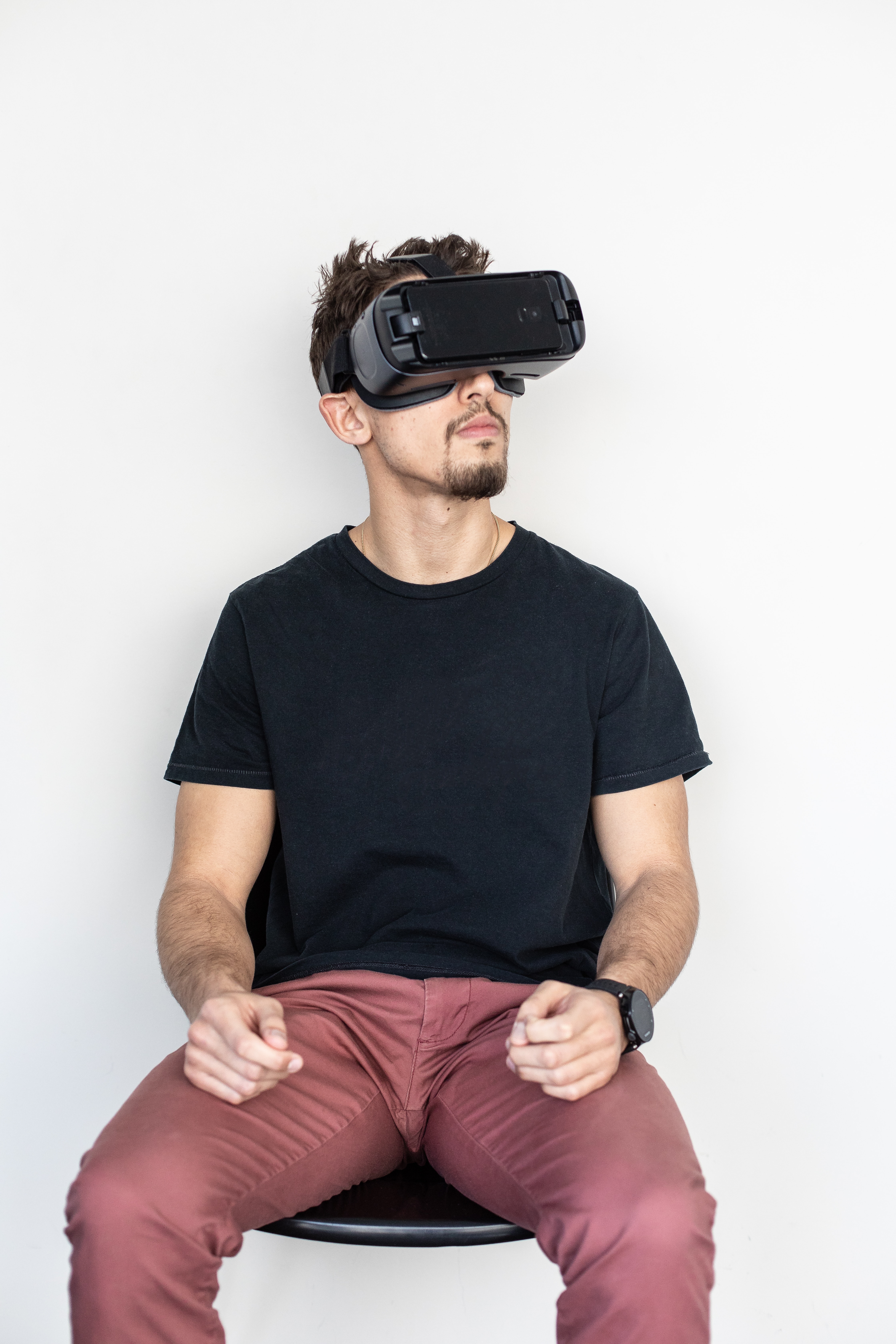 Essentially, there are various virtual reality headsets used to aid the VR experience. Some of these technologies include, but are not limited to:

Oculus Rift: Oculus Rift is a virtual reality headset developed and manufactured by Oculus VR, which is a division of Facebook Inc. Oculus Rift requires a high-end PC to use.

HTC Vive: HTC VIVE is a virtual reality headset developed by HTC and Valve Corporation. This particular headset uses room scale tracking technology, which allows users to move in 3-D spaces and use motion-tracked handheld controllers in order to interact with the environment.

Samsung gear vr: Samsung Gear VR is a mobile virtual reality headset developed by Samsung Electronics. The Gear VR headset includes a touchpad, back button on the side, and a proximity sensor.

Google cardboard: Google Cardboard is a virtual reality platform developed by Google to use with a head mount for a smartphone. 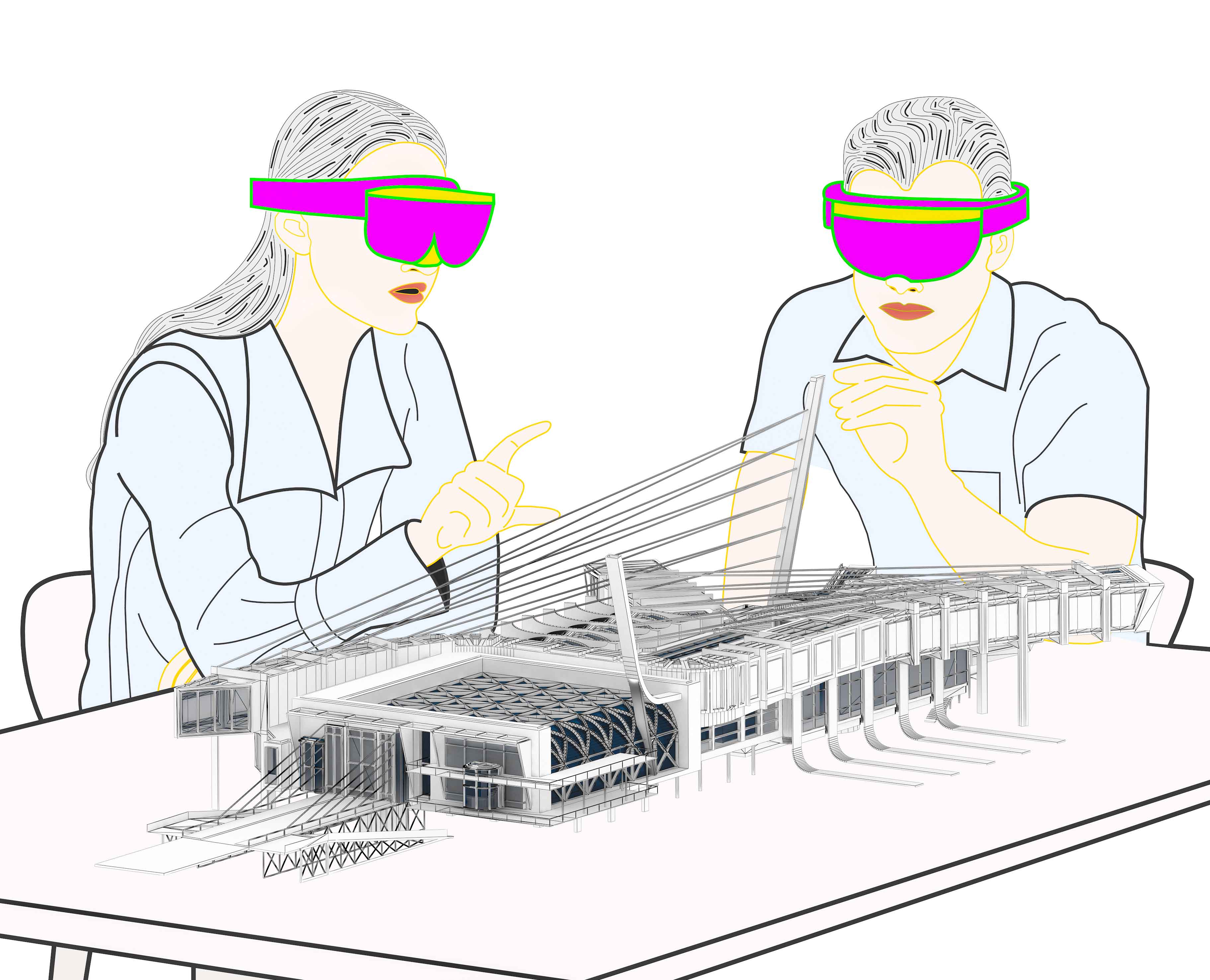 Virtual reality tricks the brain into believing you are in a 3D world. This is achieved with stereoscopic imaging, which is a technique used to enable a 3D effect, adding an illusion of depth in a flat image. Other things that make the realistic experience possible include things such as parallax, shading, and other techniques. We provide services that allow architects and contractors to bring their Revit model to Virtual Reality. The precision of VR Technology is unmatched, and architects and contractors can turn Revit models into a fully engaging experience. Our services will help you understand and share design ideas, as well as, experience a realistic virtual prototype for a more productive workflow. There have been many adaptations of virtual reality in the past. When virtual reality reappeared in the 21st century, it really impacted the way people experienced gaming. However, people soon recognized that virtual reality didn’t just give people a better gaming experience, but that it enhanced the way people did business. This is especially true for architects, designers, contractors, and stakeholders. 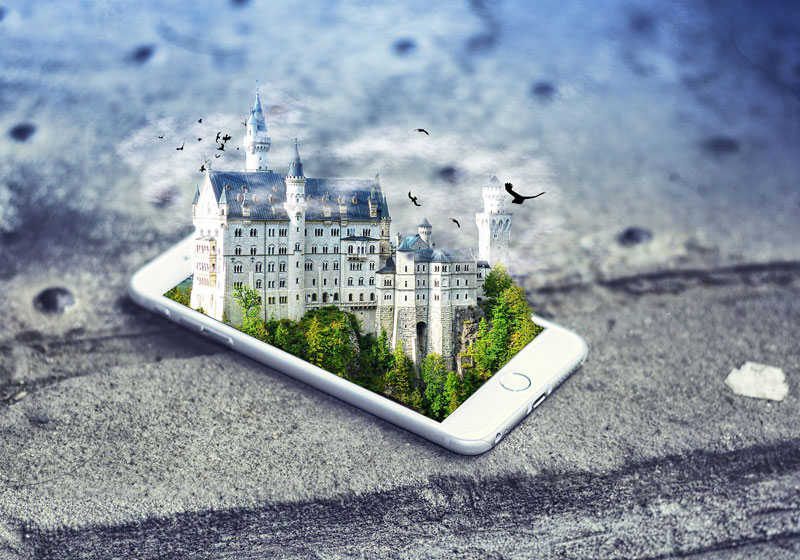 Virtual reality is pushing the boundaries for architects, contractors, and builders as it is giving clients a new way to experience a building. Designers and architects are able to make initial design mock-ups, add finishing touches, and allow for better project collaboration. Essentially clients are able to understand the look and feel of a building way before it is even finished. Ultimately, this has led to improved experiences for clients. 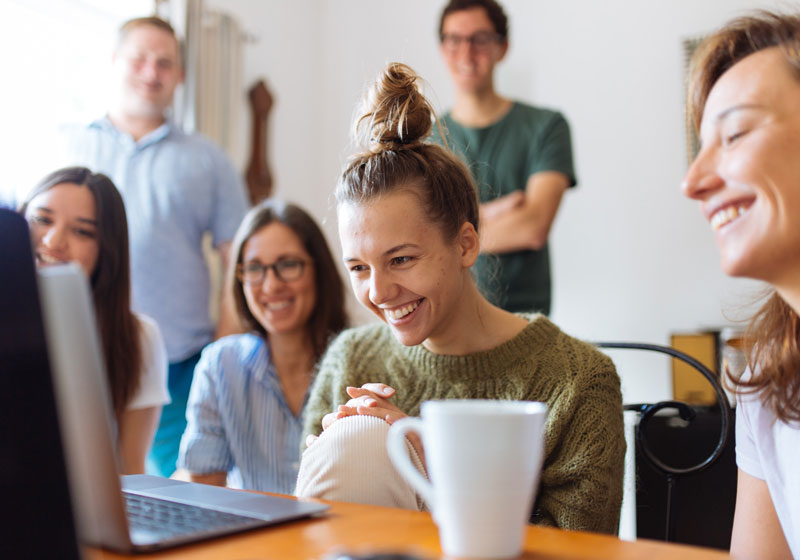 Using virtual reality at various stages of the design process allows for the workflow to be more efficient. This is beneficial because an architect in an early design stage is still able to use virtual reality to create an immersive experience in order to give clients an idea of spatial relationships. Ultimately, this allows clients to be confident in the design process moving forward, and meetings for revisions are likely to reduce as clients are able to experience the building from start to finish. 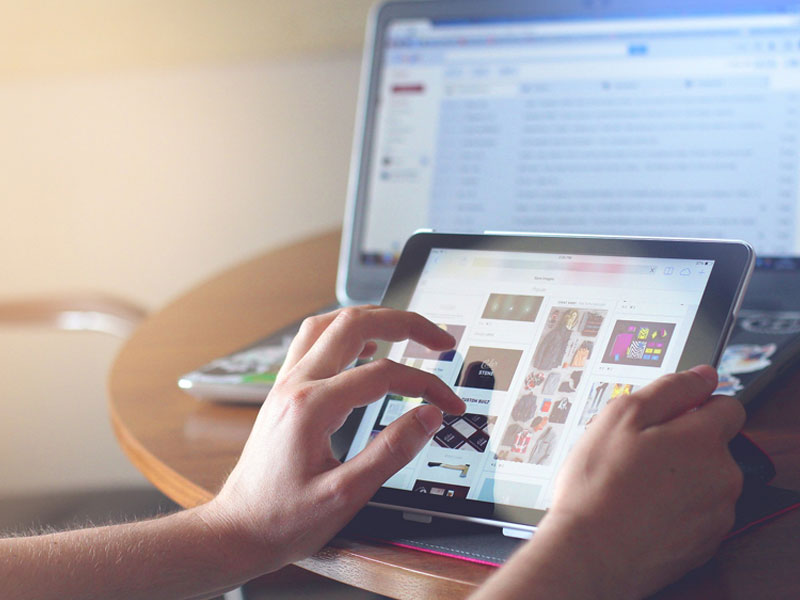 Another excellent benefit of virtual reality is that errors are reduced, making it more possible to reach deadlines on time. One issue that commonly occurs in the construction process is that the construction site is in a constant state of change. This not only makes it difficult to predict deadlines, but maintain them as well. Reducing errors can certainly help with this process. One simple mistake on the work site can cause production to stop, consequently pushing deadlines further away. By incorporating virtual reality technology, errors are spotted much easier and designs can be altered to correct errors before the building process even begins. This also saves money as less workers are needed on the site and less material is wasted. 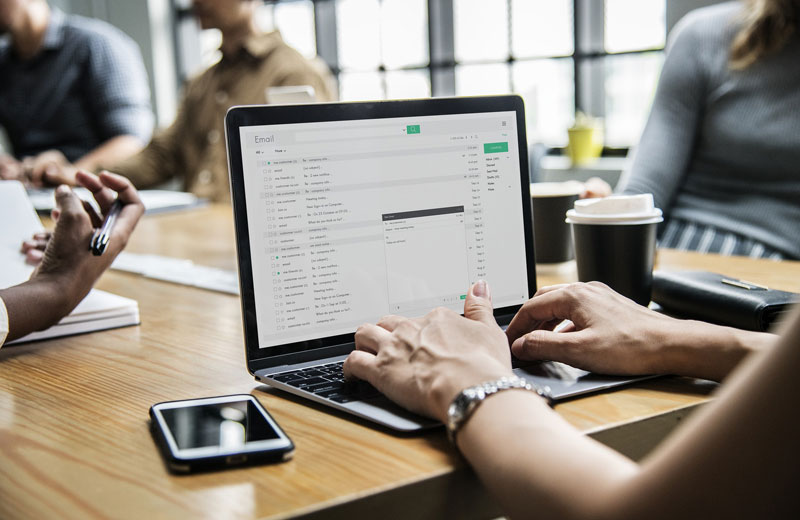 With larger projects comes larger stakeholders. This means that there will more than likely be more decision makers involved throughout the design process. Essentially, virtual reality plays an important role in getting all of these decision makers in one room to communicate ideas and make decisions about designs. Virtual reality makes the collaboration process more efficient as all decision makers are able to experience designs in real-time and offer feedback. 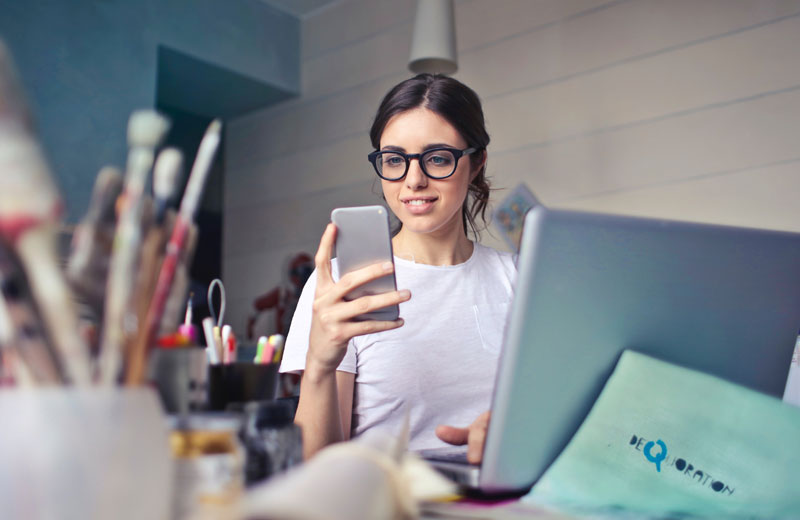 Staying ahead of the technological curve is certainly appealing to prospective clients. Virtual Reality is easily beneficial to architects, contractors, and builders as you are able to present your designs to clients in a 3-D rendering. This is more attractive to clients as they are able to visualize the building’s design for a more precise experience. 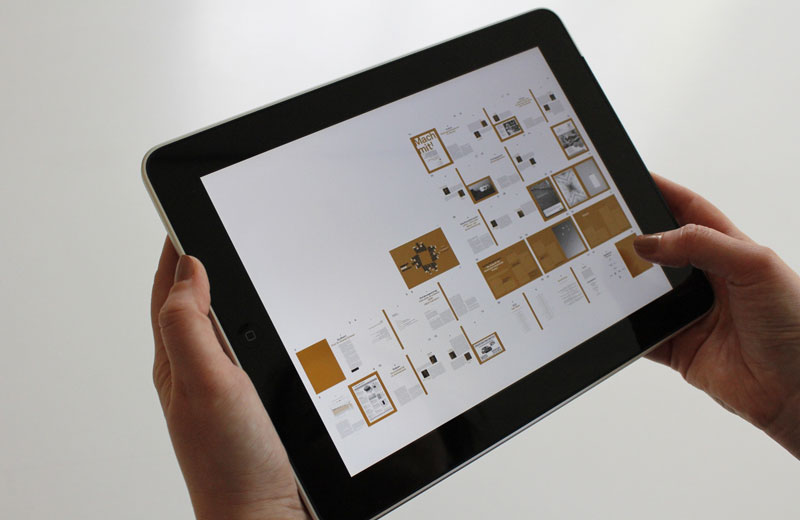 Essentially, virtual reality increases the overall quality of the design experience, as well as, interactions with clients. Ultimately, virtual reality increases productivity as meetings are more valuable when individuals can get a better understanding of shared ideas due to an interactive spatial experience. With that said, quicker decision making is enabled when there is less room for misinterpretation. Additionally, virtual reality helps to improve the client’s experience as clients are able to get a complete tour of buildings before its built. This helps to gain the confidence of clients, making it easier to solidify deals. 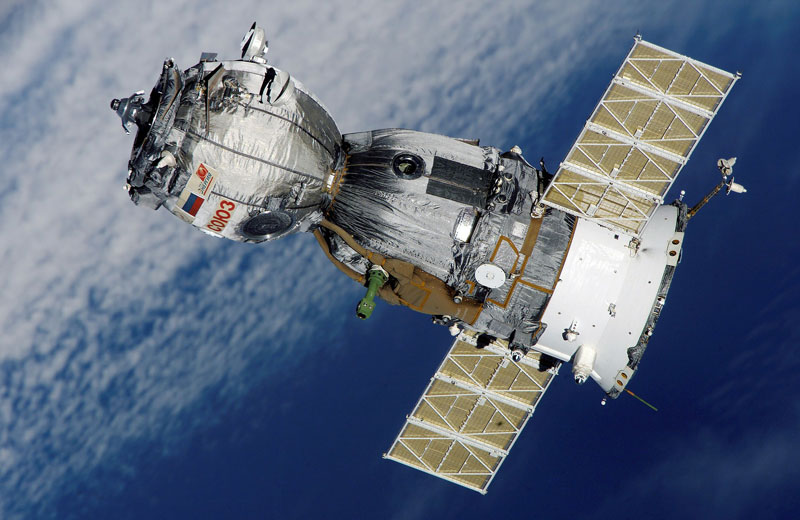 Virtual reality will continue to play an important role for architects, designers, contractors, and stakeholders. Essentially, virtual reality helps to bridge the gap between the designers vision and client’s perception. It can be expected that there will be a quicker ROI as projects are more likely to get approved quicker and late-stage changes will be minimized due to virtual reality’s precise experience. Ultimately, with the help of virtual reality, designers are more free to experiment and push boundaries. This will certainly help the industry as a whole continue to progress. Virtual reality is offering a new way to create, interact, and will without a doubt, continue to shape the way business is conducted.

Let's get you started

Propel your firm to the next level of BIM